Jacko Tributre Non Sequitur of the Day: "Eat It" Edition

By clearing Weird Al Yankovic's homage of "Eat It," MJ at least had a sense of humor.

Or, thought it'd make him money.

P.S. In case you're wondering, I'm hoping to post MJ or Jacksons covers daily until the funeral.

Mr. Coleman should now concede, as he has said, “If you ask me what I would do, I would step back."

Ah, but that was before the recounts, when Coleman led Franken.

Michael Jackson as a cautionary tale for normal human beings

For whatever his eccentricities -- with new ones seemingly coming at a fast and furious pace -- there is a lesson to be learned from Michael Jackson's untimely death. And it's not that "grieving" fathers out on the town will pimp their new record label to anyone within earshot. (Ewww.)

No, as an attorney, I suggest that if: 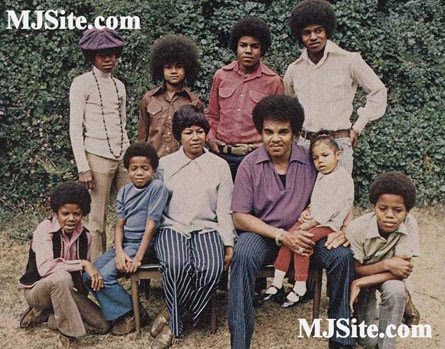 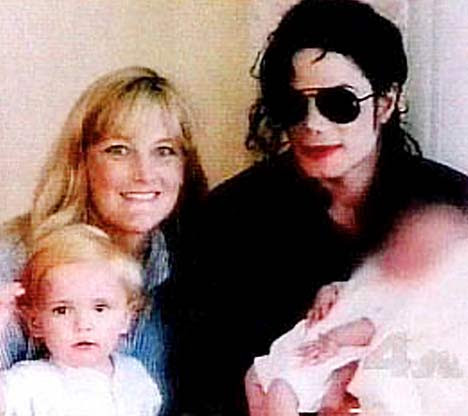 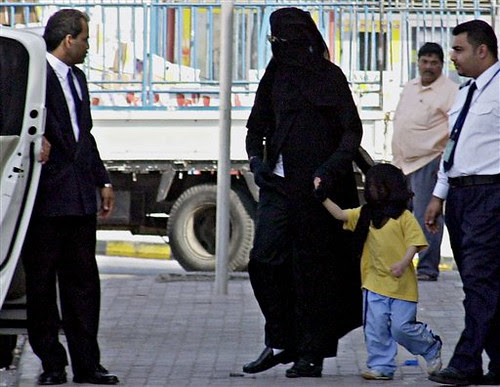 . . . and you'd like to prevent hassles from the above players arising after your death, then it's wise to meet with an attorney who works in the field of estate planning.

Which I happen to do.

Be careful of what you do."

How long did it take before the "Michael Jackson's Dead" jokes began? 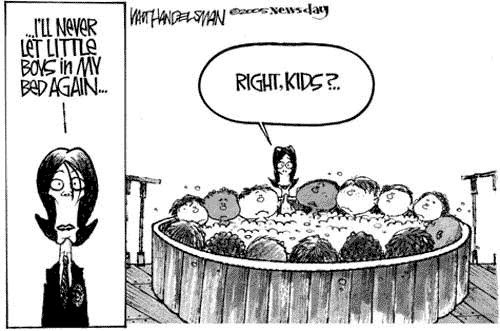 Well, I Tweeted this within a couple hours of his passing on Thursday evening.

Then the NYT gets on the Jacko humor retrospective tip Friday evening, including some funny links dealing with his past behavior.

Of course, I'd already gotten two text jokes by that posting:

The first: "After Farrah Fawcett died, she went to Heaven, and upon arriving was asked what was her one wish for those she left behind on Earth. She replied, "Keep the children safe." Then Michael Jackson died."

The second: "What were Michael Jackson's final words? "Take me to Children's Hospital.'"

Now, before anyone gets all bent out of shape, this is a natural human reaction called "gallows humor." And whatever Jacko's many adult shortcomings (which too often eclipsed his creative excellence), I, at least, think they stemmed from his being an abused pre-adolescent who was responsible for being his family's meal ticket while working in a ethically dubious business in a morally dubious time.

When you spend your entire life trying to change the face of the "man in the mirror," and you looked like your father, you are trying to forget something bad.

Are you OK Annie?"

Look, dude, I don't care if you hooked up with a llama when you were in Argentina, as long as you are competent in your position and you aren't a raging hypocrite about it.

So, when you say this about your actions, comparing yourself to King David(!):

Which has begat this:

When you once upon a time said this about a fellow sinner:

You then should check out this piece about this extremely interesting graphic that indicates Red Staters "sin" (as they would define it) more than Blue Staters.

I just realized why the Farrah Fawcett had such an impact. . .

Since I couldn't find my favorite cover version, here's KT Tunstall, covering "I Want You Back (Alive)":

The family, before it will fell apart:

And, finally, the famous Filipino prisoners covering the video choreography of "Thriller":

I heartily recommend the British gossip site and newsletter, PopBitch; the weekly newsletter, especially, is entertaining. However, as proof that you don't have to be ignorant of the world to also be snarkily hilarious, this tidbit came out today, which makes me wonder if this is the kind of thing you learn in the foreign service academies:

Ahmadinejad nukes himself in the foot One of the things Iran's President Ahmadinejad is most known for in political and diplomatic circles is his B.O. He has been described to us as smelling "musty" and "like a billy-goat". Our drunk Whitehall source this week gave an interesting take on the West's attitude towards him. The Chinese are said to be appalled by Ahmadinejad's standards of personal hygiene - it offends their cultural norms. And so, despite everything - democracy, freedom 'n all that, Britain and the US don't mind him staying in power. The Chinese are not likely to give political support to somebody so weird/smelly. Which will help delay Iran getting nuclear weapons.

One of the first Detroit-born-- if not the first -- popular music stars was John Lee Hooker.

One of his biggest hits was the ultimate pissed-off girlfriend song:

Non Sequitur of the Day: Finally, No Rain Edition

Is that my life is pretty plain."

The Chicago 2016 Olympic organizing committee made its presentation this past week.

A leading authority, unfortunately, sees them in last place at the moment.

Damn. As a visitor to the last nearby Olympics -- Montreal in 1976 -- Chicago winning would be sweet.

If you live near the Great Lakes, a huge Asian Carp wants to kick your ass

After having the previous regime not even commit the financial equivalent of a decent power forward for the protection and repair of the Great Lakes from invasive species, the Obama administration has appointed an EPA czar for the region, with a half-billion of funding to fix the damage done, and prevent more damage from occurring.

The biggest threat on the horizon -- which a client who lived near a lovely mid-Michigan lake didn't know about -- is a wave of big, jumpy Asian Carp who've been working their way up the Mississippi.

And how did such illegal fish get into the Mississippi. Why, catfish farmers in Louisiana and Texas imported these floating garbage filters to clean their hatchery pens, and then they escaped during floods.

I have to think they'd heard of chicken wire down there.

And one wonders why there are southern stereotypes.

Let's hope that the much-discussed electric barrier for the Chicago River gets built, and fast, or these fellers are going to have a whole new playing field around the Mitten.

And it'd be a total buzzkill for Jobbie Nooner.

A Deep Fried Twinkie of a Video (of the Day): "Bad Girlfriend"

You know how people sometimes consume stuff that's not good for them? Like smoking, Lions season tickets and deep fried Twinkies?

I heard a song that falls into that category this morning: "Bad Girlfriend," by Theory of a Deadman." Sample lyric:

"My girlfriend's a dick magnet /

My girlfriend's gotta have it ."

If stupid, brain cell-destroying pop thrash is wrong, I don't want to be right.

Slacker Friday Cover of the Day: 2007 Song of the Summer Edition

Still waiting on ideas for this Summer's candidate. 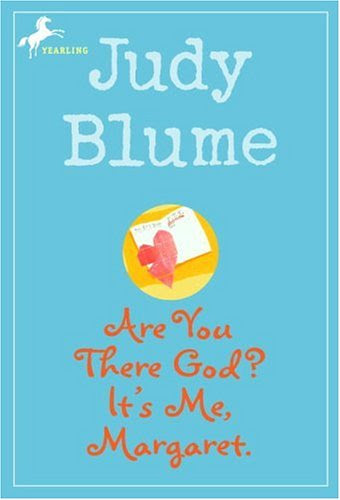 Samuel Johnson's famous 18th century quote is, "Patriotism is the last refuge of a scoundrel."

For Detroit City Council President Monica Conyers -- who clearly has some 'splainin' to do , Lucy -- she has careened past the refuge of patriotism to the sheltering arms of Our Her Lord, as broken down in insightful and funny sad takes by Laura Berman and Bill McGraw. (Bonus points to the Freep headline writer for the the namecheck of the Judy Blum chick-lit-with-training-wheels classic; well played, sir/madam.)

Remember to take to heart Monica's bashittery solemn words: "If you're not praying for The 60 Second Blog me, then you're just adding to the problem."

Quote of the Day: Detroit Needs to Get Its Business Mojo Back Edition . . . and Bettman Still Sucks

Yesterday at the National Economic Summit in Detroit provided another reason that I, not even a BlackBerry owner, admire Jim Balsillie: "I think what Detroit did at different times in its life was massively unconventional, and now you've become prisoners of convention."

The other key reason of the moment? His trying to save the Phoenix Coyotes and bring them home to Canada.

BTW, in looking around for links on this post, I found this great take which, though a bit Wings-bashing, is a great contribution to the canon supporting the theory that, indeed, Bettman Sucks.
Posted by Lex Kuhne at 6/18/2009 09:22:00 AM No comments:

For being an overpaid, pathetic, carpetbagging loser while running the Lions, at least Matt Millen is now being a whining tool about it

Matt Millen has begun the process of revising his horriffic Detroit history, while sounding like a little girl about it, at SI.com, and here at the Freep.

How does this guy even know what Detroiters ever thought about him? He didn't even move here for the GM job that he wholly sucked at, to historically low extremes.
Posted by Lex Kuhne at 6/18/2009 08:53:00 AM No comments:

"If you see something /

Don't say something to me /

Slacker Friday Cover of the Week: 2003 Song of the Summer Edition 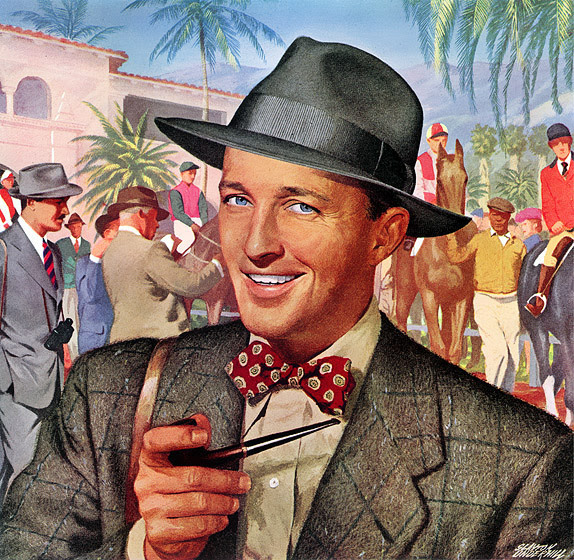 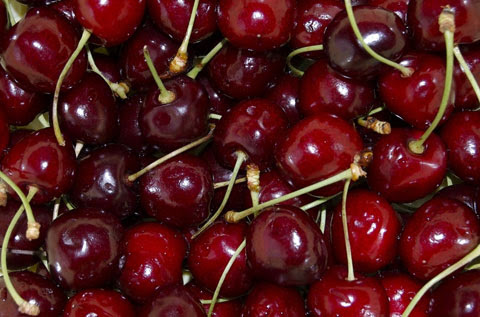 The Machine that Goes "Bing":

Non Sequitur of the Day: The Longest Day Edition

Touring in support of their new release, the members of Spinal Tap played Detroit last week, so a fine Soundgarden(!) cover of "Big Bottom" seems appropriate.

"Big bottom drive me out of my mind /

How could I leave this behind?"

Non Sequitur of the Day: Iggy's My Hero Edition