Slacker Friday Cover of the Week: Getting On Your Power Boots Edition

To mark their new release next week, here's a fine cover by U2 of long-time Detroiter Patti Smith:

"The people have the power..."

Craftsmanship Comes In All Sorts of Different Forms

Fellow East Side native and old friend Scott Campbell was a Detroit punk pioneer as one of the founders of The Sillies, and during his solo work later wrote the wonderfully irresistable, "I'm Saving Myself for Angela Cartwright." Scott is now making custom guitars, and sent me a video of one of his creations. For someone who can't play an instrument, both playing and making a guitar, or any instrument, are miracles to me.

It Takes a Village to Turn Eight Innocent Babies into Pariahs

I have a theory that I like to run by anti-choicers, which is: if it's God's will which ordains that no life, whatever its stage of development, be aborted, is it then not also God's will for a woman who is unable to conceive to stay that way, and contrary to His will to use artificial means to become pregnant? Though the result might be a bit harsh if an anti-choicer remains consistent, and if it is what it is, and science and medicine shouldn't mess around with the miracle of life, then, logically, it should cut both ways.

That being said, the schadenfreude on Octomom is becoming scary and unfortunate. There's all sorts of incompetent and/or psycho parents out there, and in any given neighborhood, there are probably anywhere between zero and 14 kids at risk from the stupidity of their parents. The only difference here is the density of their location and the fact that Octomom (who may well be an Angelina Jolie-ish half bubble off plum) and Octogram can't seem to stop searching for closure online before these kids' lives have really even opened.

Let's just get those kids raised well, in spite of the family.

In New Orleans and Brazil, the celebration of the beginning of Lent incorporates many parades featuring semi-naked women:

While in Detroit, we gorge on souped-up jelly doughnuts (aka paczki):

"Who can take a nothing day /

And suddenly make it all seem worthwhile?"

"There is no such thing as bad press." 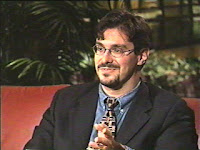 Despite writing for so long, I've never really enjoyed being written about. When I wrote, I had the deadlines of a feature writer, combined with the goal of accuracy that my lawyering instilled in me. So there would typically be things in articles that I was in which could be aggravating.

The profile about me in today's Detroit Legal News, however, is great, and much appreciated. Geez, in the dead tree version, there's pics and pull-quotes and sidebars all over my own page -- the entire back page! Extremely cool. So thanks to ace newby reporter and fellow Michigan Daily alum (though she did infinitely more there than me) Taryn Hartman for the nice work.

My mother will be so proud.

Non Sequitur of the Day: The Jonas Wonders Edition

"When you believe in things

That you don't understand /

This is sort of applying to the bailouts / stimulus politics these days, you know?

Time Killer of the Day: What's your Motown Top 10?

Prompted by Sue Whitall's fun piece in the Detroit News celebrating Motown's 50th Anniversary, I thought I'd put my favorite 10 Motown tracks together, too.

If you want to see a neat video on the latest Motown greatest hits package boxed in a replica of the Motown HQ (like in the picture), click here.

My list isn't particularly obscure, and it does evidence my fondness for the Temptations, but they are all killer tracks. In no particular order:

Non Sequitur Idiom of the Day: Mortgage "Cram Down" Edition

Michael Jackson's Garage Sale Will Be at #3 Circle of Hell, Just Past Sociopath Drive

Michael Jackson's is selling what he deems to be the excess from past success at a public auction in April.

Another Spike in My Followers

A big 33% increase in blog followers in one day! Woo-hoo!

Of course, that's going from three to four.

"We´re too young to reason /

Too grown up to dream."

Kwame Kilpatrick, Public Enemy Has Some Lyrics For You 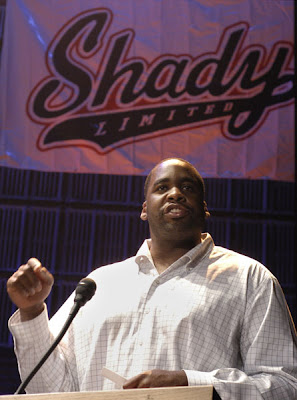 I was not surprised when Kwame Kilpatrick:
As I like to say, know that we know what the players in that hiring are, it's just that the price as finally been set.

The one thing I was surprised by: how did he do all that texting with those big, beefy ex-lineman fingers.

Slacker Friday Cover of the Week: Day Before Valentine's Edition

The man who I want to be when I grow up, the uber-suave Bryan Ferry and Roxy Music, covering John Lennon:

"Despite all my rage /

Luckily, the recent increase in the use of the word "tool" as a pejorative has occurred just in time for Tom Cruise's latest mis-adventure, implying that Brazilians speak Spanish.

It's arguably the worst American-Brazilian imbroglio since the W "Brazilian soldiers" joke.
Posted by Lex Kuhne at 2/12/2009 02:30:00 PM No comments:

Brett Favre Got Paid a Lot to Buy That Last Clue

So, Brett Favre finally hangs 'em up? I doubt anyone would buy another emotional press conference with crocodile tears.

While he was talented and charismatic, his one Super Bowl somehow doesn't match up with his idolatry to some.

Which I noted a long time ago. In blog years, at least.

I imagine that, all across America this week (with perhaps a red state-ish bias), new mommies named Elle are pondering -- and being lobbied by their mothers named Farrah -- to name their new baby girls Bar.

If you fish or hunt, I imagine you're into the whole "circle of life" thing. Kill or be killed, it's human nature to hunt, survival of the fittest, blah blah blah.

So when fishermen walk over ice on Lake Erie (or any other lake) to ice fish, they're embracing the destiny of nature: if a fish is stupid enough to bite their lure, then the fish dies. However, I also suggest that if a fisherman is stupid enough to go out onto cracked and melting ice which then breaks off and floats into the lake, he or she embrace the circle of life and get thee to swimming, instead of wimping out and hitching a ride on a Coast Guard helicopter.

And that they should then be tethered to keep them from doing it again the next day!

I imagine many of these hearty, go-it-alone, independent fisherman disdain any kind of government aid for what they would deem "stupid" behavior -- being on welfare or food stamps, needing drug rehab, or any other touchy-feely bleeding heart stuff. Sporting a parka, beard and fishing rod doesn't make them any less welfare cases.

"The Sopranos" Without the Swearing is Like Sauce Without Oregano

Cheers to the clearly very dedicated Victor Solomon for editing together every curse word over the entire Sopranos series.

In a down economy, we all have to cut back on extravagances, especially the hot girlfriend.