One must review past behavior in order to learn anything, whether as an individual or a nation.

And the drumbeat for America's moral and legal reconciliation continues:

=> And Glen Greenwald yesterday at Salon.

How can we not look back at, and ponder, our behavior as a nation when it included acts of torture (including waterboarding) for which we prosecuted Japanese soldiers, resulting in their execution?
Posted by Lex Kuhne at 4/26/2009 11:36:00 AM No comments:

How can you follow the rule of law if you don't enforce the rules?

After much deliberation, the president has released the torture memos. Too, Justice is looking at the legality of the legal minds hacks who drafted them, apparently devoid of legal authority. One of the hacks, however -- you call now call him "Your Honor" -- seems to have second thoughts.

So while Krugman continues to press for America to enforce the rule of law -- as I have previously -- in order to "reclaim its soul," dithering continues amongst those who should know better.

On the right, Peggy Noonan channels Geoffrey Rush in "Shakespeare in Love," suggesting that the breaking of any torture laws should have remained a "mystery."

And on the (allegedly) left, Harry Reid resists the call to do his job. Rahm-bo, too.

So, if it's the prospect of putting Republicans in the clink to fracture a bi-partisanship which doesn't exist because of Republicans, let's just go with a Truth and Reconciliation commission. Amnesties all around, just so we can figure out what happened.

Those do not remember history are, indeed, doomed to repeat it.

Below: "See, I disagree with ya, Matt, 'cause I'm relyin' on legal memos from lawyers which are absolute bullshit. But I say they're legal. So, there ya go. Heh-heh-heh."

So, contrary to their fans' wishes, they Lions got the guy they apparently wanted all along. Like I was saying, it's like putting chrome spinners on a rusted-out K-car -- the team needed a chassis and motor first, and that was defense or offensive line.

So young Mr. Stafford will get almost tens of millions of dollars -- while also setting the league record for guaranteed money before playing a down -- to learn his new job in the middle of America's financial Armageddon and newly-crowned most dangerous city. Assuming he hires good boydguards, of course he's pumped:

=> Some teams don't even think Stafford's the best QB in this draft;

=> The first thing to do with this expensive new investment is don't use it for a good long time (good luck with the unemployed locals screaming to put him in when the losing begins re-starts);

=> The Lions didn't use their leverage and the contract is absurd (even when people thought they did have leverage); and

=> The Lions have totally blown up the rookie pay scale (endearing them to the league, no doubt).

Dear NPR: Thanks for coming to Detroit, but you still can't spell "Grosse Pointe Blank" right on your website

NPR did a nicely even-handed job this week on covering the problems and potential of The D and its environs, called "Remaking Michigan, Retooling Detroit."

I have thoughts on many of the pieces, but for now wanted to highlight a couple that strike closely to my pop-culture-driven heart:

=> Why can't Detroit cash in on its music scene?

=> Detroit as seen through the filter of the movies.

Franz Ferdinand takes on Britney. Musically, that is:

Logo. Low go. Like not winning, ever. Get it? 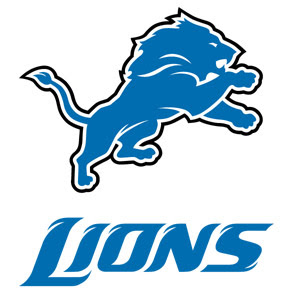 Don't it always seem to go /

That you don't know what you got till it's gone."

Tiger Stadium tributes keep coming, but not in Detroit

Way back in 1994, the Texas Rangers' Ballpark at Arlington incorporated one, too; see here.

This month, the Mets' new home, Citi Field, incorporated one, too; see it here. Apparently their big boss grew up at Tiger Stadium and wanted one of his own. (But it does not excuse their Domino's-esque logo, above.)

Non Sequitur of the Day: Deep but Cheesy Baby's Edition

Friday Slacker Cover of the Week: No Embed, but You Must Click the Link Edition

Until your heart stops beating."

As a Michigan grad, I think Bo is an outstanding name for a dog

This AP article, titled "Promises, Promises," implies flat out accuses the Obamas of breaking a campaign promise to get a rescue dog. Adorable little Bo, however, though given up on by a prior owner owner, apparently isn't rescue-y enough for AP.

It's been mentioned here and elsewhere that AP arguably has the long knives out for Dems in general and the President in particular, since their DC chief (and former classmate) Ron Fournier has been known to be John McCain's doughnut pimp. But to use the daughters' new puppy as fodder for un-sourced "conspiracy buffs" suggests that the AP is simply providing the talking points for said buffs.

The dog was a gift, for God's sake.

Perhaps the piece was tongue-in-cheek, but if so, it was too poorly written to dissuade my opinion that AP, top to bottom, is simply batshit crazy.

"Should five per cent appear too small /

Be thankful I don’t take it all /

‘Cos I’m the Taxman"

If you had bet the over on my "Indict Bushies" line, you'd have lost

On Inauguration Day, I gave the over/under on when members of the Bush administration would begin to be held accountable for possible war crimes committed during their "War on Terror." Thanks to a spunky Spanish prosecutor, my 24 month prediction didn't even make it to three months.

This should be interesting to watch, especially how all those teabaggin' rule of law while pardoning Scooter Libby types react.

In the meantime, Darth Cheney reflects fondly on Spring Break at Gitmo:

For Detroit, a reminder of yet another wrongly chosen fork in the road

It appears the Ford Foundation is re-tooling its mission. In case you'd forgotten -- and Michigan AG Mike Cox (say it fast, tee-hee) didn't in 2006 and, since then, apparently has again -- the Ford Foundation was initially endowed by money made by noted Detroit-based auto manufacturer, Ford Motor Company. The foundation was originally operated out of Detroit, but as the Fords sought to gain credibility by including outworlders non-Detroiters on the board, they simultaneously lost control of the organization. When the Foundation physically moved to New York City in the 50s, it similarly abandoned expanded beyond the culture and needs of its Detroit birthpace.

I'm not saying they should not have moved. It's just that still having the nation's second largest endowment (at around $10 billion) operating out of Detroit might help make things better around here. Or, perhaps, things never would have gotten this bad.

With the early 1900s scattering of our big companies out of the center city and the mid-century dismantling of Detroit's public transit, losing the Ford Foundation is one of the top incidents that make a Detroiter with a sense of history wonder, What if?
Posted by Lex Kuhne at 4/14/2009 08:43:00 PM No comments:

If you don't know what you're saying, how can you argue policy?

My apologies for not being around around lately. Much work to do (thankfully! thank you clients!), end of the semester (had to write the final), and some other projects I'm trying to get off the ground (here's a taste, it's a surprise: http://bit.ly/BDSFI). But my love for words compelled me to discuss the following with you.

To those persons using the word "teabagging" as shorthand for their wingnut-sponsored festivities tomorrow and beyond: if you are unable to hear the national snickering occurring behind your back because of its long-established pop culture meaning, to not even question why, how on earth can you possibly be taken seriously?

If you really do not know the underlying meaning of the word, you can check out the ridiculously crass (yet smartly insightful) Rude Pundit for guidance, or try to catch the inferences in the following:

Visit msnbc.com for Breaking News, World News, and News about the Economy

Lex Kuhne
Birmingham, Michigan, United States
Based in suburban Detroit, I am an attorney running my own practice focusing on family law, business law, estate planning and entertainment law. I also have an extensive history in Detroit media, having been a founder of 89X, a long-time columnist for the Metro Times, and appearing on-air on a host of "The Lex Files" on the Michigan Talk Radio Network and a correspondent for "Backstage Pass" on Detroit Public Television, as well as various other radio stations.