"This Week" v. "Meet the Press": May the Best Hair Win 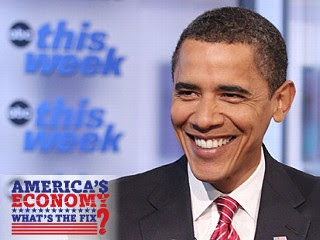 With Barack on "This Week" this morning I thought I'd give George Stephanopolous' show a try. Pretty good job, but when George appears to have more gravitas than "Malibu" David Gregory, it only confirms the general suspicion that television news is lighter than air.

1. The Roundtable consisted of semi-liberal Tom Friedman, George Will, Newt Gingrich and Peggy Noonan. So much for this edition of the liberal MSM.

2. Checking out the panel video, I wondered: does Peggy Noonan take some sort of sedative to take the edge of her grace-infused political evil?
Posted by Lex Kuhne at 1/11/2009 12:48:00 PM