Today, Mr. Amberg would give Ron Fournier a "D" 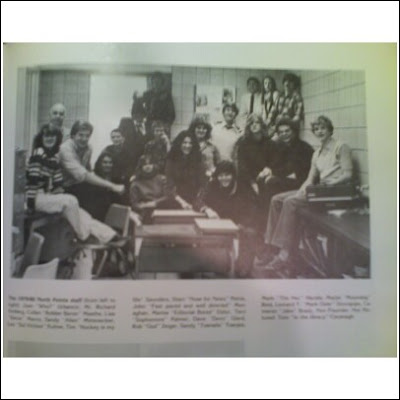 Having gone to high school with AP's D.C. Chief Ron Fournier, and writing on the school paper with him, I'm disappointed in his "analysis" today of Obama tapping Biden for the Dem Veep slot. Critiquing Obama for shoring up "weakness" is "profound" and "negative?" I imagine Obama going with someone less experienced than Biden -- like Tim Kaine or Kathleen Sibelius -- would've brought up the arrogant and elitist charge, that he picked someone who wouldn't help him. Please.

So, as for his "analysis," who does Ron think Obama should have picked who would be better than Biden? He doesn't say, but perhaps because he was already hooking McCain up with donuts and turning down Gramps' sprinkle-covered job offers. In Mr. Amberg's Journalism class, a compromised, lame-ass analysis like this would get you a something in the D range. But in the real world, raging, undisclosed conflict of interest should get you expelled. Or promoted.

BTW, FYI: Our teacher and paper adviser, Mr. Amberg, is on the far left, Ron's in front on the very far right, and I'm in the middle in front of the window, wearing the suit, tie and fedora, rocking a "The Front Page" look. It seemed like a good idea at the time, y'know?

Lex, it's always a pleasure to stumble across an old photo of myself on the Internet.