This Just In: Gary Bettman Continues to Suck 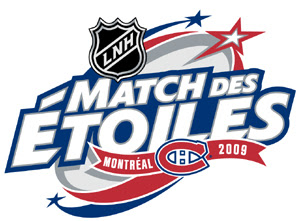 If you aren't lucky enough to catch Hockey Night In Canada every Saturday night, then you clearly didn't catch their coverage of last night's NHL All-Star Game in Montreal, marking le 100e anniversaire de Les Habitants . Even without any Red Wings playing (and getting suspended for it), the game itself is such a joke that I forgot to watch it, instead catching the SAG awards in the background while working. It's just that I know what a horrible hockey game it will be, and it was: an 11-11 tie ending with the league's bastardized overtime and shootout.

Thanks to the miracle of archived video on The Internets, however, we're still able to see HNIC's Ron MacLean's annual attempt to get a straight answer out of NHL commissioner Gary Bettman, which I can't figure out how to embed here, but which you can check out here. I swear, Ron must want to take a shower after talking to Bettman, especially when he gets so smarmy about a billionaire wanting to blow a quarter-billion dollars invest in an NHL franchise so he can move it to the underserved market he happens to live in.

Remember, this is the commissioner who hasn't committed to another Winter Classic, but has investigated putting it in Vegas or the Rose Bowl. Yes, the visuals of breath mist and falling snowflakes, re-connecting the game to its roots, will work so well out west.