Oh, No, The Federal Government Never Ever Helps Private Industry 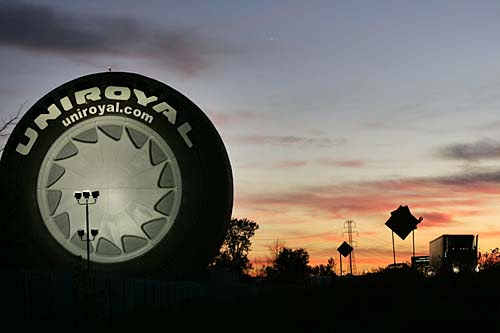 So, the federal government only bails out financially wobbly industries -- like the airlines in 2001 -- with billions of taxpayer dollars when the tipping point is a domestic terrorist attack?

Refresh your memory of that deal here, here and here.

But when the industry which re-started the American economy after 9/11/01 -- the car business in general, and GM in particular (with the zero percent financing it carried itself) -- needs help because of many p0litical problems caused domestically, that's when we start pondering political philosophies?

What were some of Detroit's tipping points? How about: the rise in gas prices due to the diluted America dollar; the unregulated lack of oversight of the financial markets which undermined consumer confidence and ability to borrow; reckless oil futures trading; or tax breaks of out-sourcing American jobs.

For those who want to put strings on a deal with Detroit, look at how grateful ungrateful the airlines have been to us, their saviors, a mere seven years ago.

Seems a bit inconsistent to me. Or could it just be that the car makers are caught up in some post-AIG schadenfreude?

Here's an idea. If you don't want to put $25 billion directly toward the car companies, use that to transfer all their health care responsibilities into Medicare. That'd be a big help.
Posted by Lex Kuhne at 11/18/2008 11:01:00 AM

The attitude towards the auto industry's request has left me bitter. I agree that an influx of cash isn't the full answer, but there are hundreds of thousands of jobs at stake here...millions of families. Let's at the very least do SOMETHING.

Lex Kuhne
Birmingham, Michigan, United States
Based in suburban Detroit, I am an attorney running my own practice focusing on family law, business law, estate planning and entertainment law. I also have an extensive history in Detroit media, having been a founder of 89X, a long-time columnist for the Metro Times, and appearing on-air on a host of "The Lex Files" on the Michigan Talk Radio Network and a correspondent for "Backstage Pass" on Detroit Public Television, as well as various other radio stations.